After more than a decade of free use, Google has decided that long-term small business users must start paying for email and other apps.

Let’s take a look at their controversial decision.

After years and years of offering its G Suite legacy free edition, which includes email and apps like Docs and Calendar, Google is changing things.

They are more or less forcing small business users to pay if they want to keep their accounts.

In January, Google told some small business owners that they would have to start paying a monthly charge. This will be about $6 a month for all business emails.

If businesses do not voluntarily switch to their paid service, they will be forcibly moved by June 27th.

Once forcibly moved, if they do not pay by August 1st, their accounts will be suspended.

In general, this new fee is more of an annoyance than a massive financial hit for most small business owners. In general, most have complained about the “callous” way it has happened.

“They’re basically strong-arming us to switch to something paid after they got us hooked on this free service.”

Fears about impending recession have hit an all-time high. Small businesses are also being squeezed by inflation and societal changes surrounding the work culture in the US.

As such, critics have said that it seems cruel of Google to try and slap small business owners with another expense. Also, there is a lot of confusion and stress surrounding this change on top of it.

Many feel that Google, a multibillion-dollar corporation, is needlessly squeezing the little guys for their loose change. This looks even worse in a time when many small businesses are already struggling.

Why Has Google Decided To This?

Often, young companies focus on growth by raising awareness. They aim for getting conversions in the form of new users, clients, and customers. This inspires them to do things to become more competitive in the marketplace.

This can include things like competitive pricing or improving on the flaws of competitors’ products and services. They may be trying to address a problem by filling a necessary gap in the market.

Once older businesses hit a wall on growth, they need to find ways to make more money off of existing users, clients, and customers if they want to boost revenue.

We have recently seen this with Meta, who has made Instagram so laden with ads, shopping options, and features from other social media apps that many people don’t enjoy using it anymore.

As you can see here, a problem with this method is that it is difficult to strike a balance.

Just as restaurant go-ers at their favorite place would notice if their usual portion was cut in half and costs twice as much randomly, social media users notice when using their favorite app becomes unpleasant. 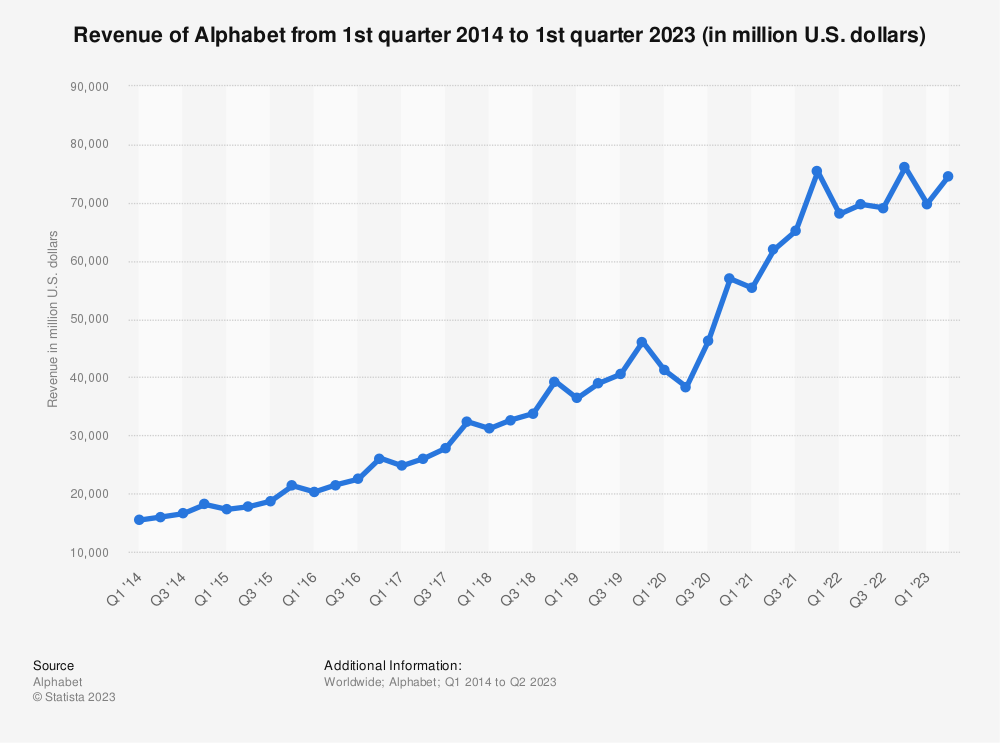 It is important to note that Google’s parent company, Alphabet, is far from a languishing company in need of help.

During Q1 of 2022, the company generated $68 billion. For many companies, this is beyond anything they could ever accomplish.

This was actually a 23% increase from the same time last year. However, it is also the first time since 2020 that Alphabet has reported a year-over-year revenue gain of less than 30%.

This is not the only way that Alphabet is trying to extract more money from users, likely in an attempt to get above 30% again.

Alphabet is putting more ads on top of search results, jamming more commercials into YouTube videos, and pushing software subscriptions to businesses to compete with Microsoft Word and Excel.

Again, when it comes to platforms of any kind, users are generally at the mercy of their owners. This is a big reason why many experts warn people about taking the easy way out by relying on no-code platforms to build their apps.

Platforms can change their rules, functionality, and prices at will. This may leave those using them in a tight spot.

As it is the right of any company to raise their prices or change their rules, we really cannot blame Alphabet for that. The problem here is that initially, they got small business owners on board by telling them their service would always be free.

According to Patrick Gant, the owner of Think It Creative, a marketing consultancy in Ottawa:

“It’s hard to feel sorry for someone who received something for free for a long time and now are being told that they need to pay for it. But there was a promise that was made. That’s what compelled me to make the decision to go with Google versus other alternatives.”

When Google started testing in 2004 they told business owners that all of these products would be free for life, meanwhile they had a clause in their TOS saying they could change that offer at any time.

The Transition Has Been Messy

Google has a long history of randomly canceling services on users, changing them at will, abandoning its products, and messy transitions. This has been no different.

After backlash, Google’s initial deadline to either start paying or have your account suspended was pushed back. They also said that some users who had personal accounts could still keep using them for free.

Many small business owners struggled to get in touch with customer support, and those who did got a mix of confusing answers.

According to Samad Sajanlal, owner of Supreme Equipment Company, which does software consulting and other tech services in McKinney, Texas:

“I don’t mind you kicking us off. But don’t give us an unrealistic deadline to go and find an alternative while you’re still deciding if you really want to kick us off in the first place.”

He, and many others, have chosen to end this and future headaches and leave Google entirely.

If you are a recent Google adoptee, you may have never heard of the free version of G-suite at all.

While initially introduced as free, which early users have had for over a decade, Google stopped allowing free signups in 2012.

Then, in 2020, the most recent version of G Suite was rebranded as Google Workspace, which has free and paid versions.

For the past few years, there have been users on multiple versions of the same thing, both paid and free, at the same time. Some may find all of this confusing, and also somewhat unfair.

According to Google, however, this change will only effect a small percentage of its millions of users.

Regardless, it shows the continuation of a pattern in Google’s practices when it comes to its products and users over time.

If you want to learn more about some of Google’s failed products over the years, and what developers and marketers can learn from them, take a look at our blog post on the subject!

What do you think of the situation? Comment below!

A Look At Cryptocurrency And Blockchain Startups

What Can We Learn From The Failures Of Google Messaging Apps?