This is truly an exciting time to be an Apple fan. Their latest software from WWDC has laid the groundwork for a 2022 and 2023 that are absolutely jam-packed with brand new apple products.

If you want a more complete look what Apple released at their WWDC 2022 event, check out our blog post on the subject.

For the purposes of this post, here is a short summary of a few of the many exciting announcements they made about upcoming new products and updates to existing ones:

This includes a number of updates for iOS 16, including a new and more customizable lock screen, and even having multiple curated lock screens on one device.

We can also look forward to the Next Gen M2 Chip and a brand new Macbook Air too.

From what I’ve been told, the company is about to embark on one of the most ambitious periods of new products in its history—with the deluge coming between the fall of 2022 and first half of 2023.

Is Apple about to enter a new golden age? Here are some of the things Gurman reported are on the horizon:

Let’s take a closer look at some of these exciting new future updates and launches.

What’s Coming For The iPhone? 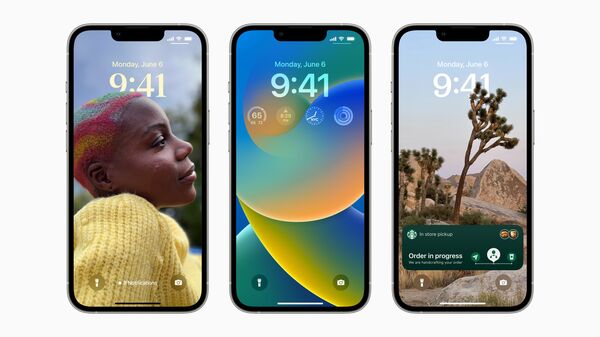 A revamped lock screen is the main new iPhone feature. Apple has actually been working on this new interface for a few years. It makes a lot of sense that they would release it now. This new lock screen works with a brand new feature on the upcoming iPhone 14 Pro models:

Like the Apple Watch does, the iPhone 14 Pro will show a variety of widgets. This includes widgets for things like weather, stocks, and calendars. The widgets will all show while the screen remains at a low brightness and frame rate.

It will also have a setting, like the Apple Watch has, that keeps sensitive data from the screen.

There are also a host of other new features. This includes improved front-facing and rear cameras, thinner bezels, a faster A16 chip, and a redesigned notch with a pill-shaped cutout for face ID and a hole punch for the camera.

Something to note is that Apple will release both high-end and low-end phones, something that they have not done that much of before. This could be reflecting changes in the market.

As the economic situation worsens even in the wealthiest countries, we may see more companies which manufacture high-end or luxury items start to take this route.

The code names of their Pro phones are D73 and D74. The non-Pro iPhone models are code-named D27 and D28. The lower-end phones will have the same A15 chip as the iPhone 13. However, the 5.4-inch mini size will be replaced with a 6.7-inch model. 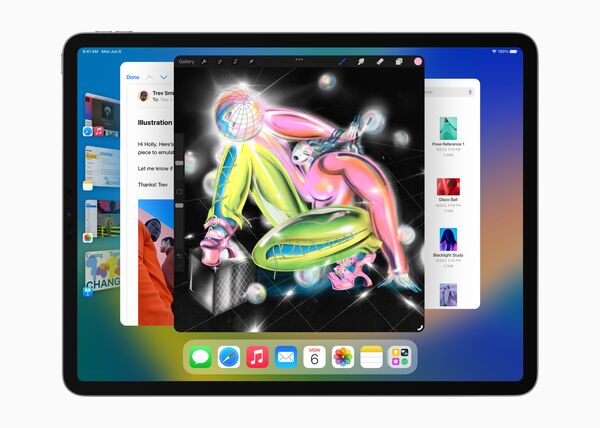 One thing that we can look forward to from Apple is a new low-end iPad with an A14 chip and 5G capabilities. Also, iPad Pro users have been asking Apple for improved multitasking capabilities for years. Apple’s solution to this is Stage Manager.

The feature presents sets of up to four apps per group in a system-managed tile formation. The groups are arrayed to the left, allowing you to quickly tap between these workspaces.

There has been some controversy around this new feature. As of now, it is limited to only M1 iPads, leaving the owners of other types out of the loop.

“It’s only the M1 iPads that combined the high DRAM capacity with very high capacity, high-performance NAND that allows our virtual memory swap to be super fast. Now that we’re letting you have up to four apps on a panel plus another four — up to eight apps to be instantaneously responsive and have plenty of memory, we just don’t have that ability on the other systems.”

Many users have been skeptical of this reasoning. They feel that it harms the overall longevity of iPads. Many consumers pay more for Apple products out of the belief that they will last longer, making them a smarter long-term investment.

At WWDC, Apple announced their new M2 chip, which is part of the MacBook Air and 13-inch MacBook Pro and optimized with macOS Ventura. It will be at the core of a number of other products. This includes:

The new Apple TV is code-named J255. It is in development with an A14 chip and an additional gigabyte of RAM. That compares with the A12 chip.

Apple announced the A12 as part of the 2021 Apple TV last year. It could potentially be useful for added gaming capabilities rolling out in tvOS 16.

The HomePod is code-named B620. It will run the same S8 chip that is coming to the watches. It will have an updated display on top and there have been rumors of new multi-touch functionality.

Apple is truly rolling out some exciting new products over the course of the next 12 months! Are you an Apple fan? Which of these are you most excited about?